Sometimes, I knit. Not much nowadays, but I used to do it a lot, when I was a teenager and some years later, when I studied. For me, knitting is a much older love than sewing. It has a lot more tranquility attached to it, than sewing. And you can do it everywhere. I did not knit much for Pelle though, because I have so much trouble recalculating the rows and stitches when the recommended wool is not available. It so often became too small, our too large, or totally out of shape. So I only have two finished objects to show you here. The cardigan was knitted when we were on holiday on Texel, one of the islands in the Waddensee, a long time ago. Pelle was 6 month old and could not even sit. 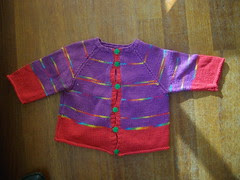 The scarves were quickly made from stripy sockwool. I finished the brown one when we were, again, on holliday. This time to Gran Canaria and I was so glad I took this with me, because my mother was hospitalised there and it was a comfort to knit while sitting along her bed. 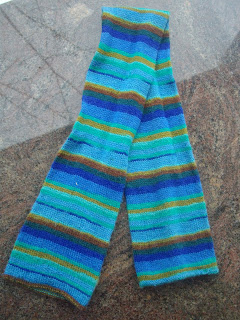 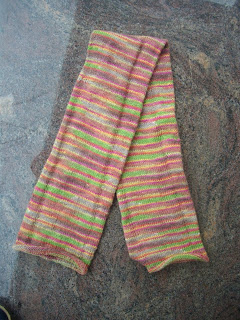 There are some UFO's too. Maybe I finish the one below, because I really loved doing the jacquard motif. It's too small for Pelle to wear now, but I would like it to become a sweater. We'll see. 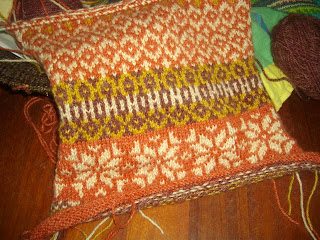