About the boy, the continuing story


I should have written this post much earlier. It’s the foreign language that’s holding me back, but I don’t want to postpone any more. So for those of you who know I’m running a Dutch Son-Rise program for Pelle, here’s an update. How’s our boy doing? Fantastic!
It's almost 2 years since I started playing in his sleeping room and boy, has he been blossoming ever since. We now have a team of 2 players and I hope to contract another one (a 20-years old boy) very soon. Pelle’s still in school, as the summerholidays run very late this year, but I already know he’s moving to the 4th grade, along with his classmates. (Here in the you start with 1st grade when you are 4, and he will become 7 in July). He still has aid in school by a remedial teacher but also by a lovely little girl who sits next to him and helps him to get organized etc. He learned to read this year and to write, although his handwriting is still very wonky. But what’s more important for me is that he’s able to function in a class, with some adjustments, and hearing his teacher say she is so very proud of his achievements.
What’s also wonderful is that he is finally drawing. We set this as a goal, almost a year ago. And look what he did 2 weeks ago!

In comparison, here's a drawing he made in Oktober. The assignment (at school) was: make a phantasy animal. 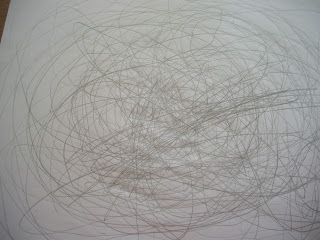 At this moment, our other goals are: learning to play together, learning role-play and learning to play alone. We now play things like memory and simple board games. And today for instance he said to me: ‘Now I’m a spitting fire like a dragon, mum” “It’s pretend” he reassured me and there he went, hissing away.


(For those of you who are more familiar with the details of Son-Rise, we also work on eye contact & non-verbal communication, verbal communication, interactive attention span and flexibility, but more implicit. I estimate him at being at stage 4 at most of the topics, with some exceptions you’ll read about below).


The children in his class like him, as he is very sweet and cheery, but he hardly plays with other children and has no friends, yet. (He was invited for 2 birthday parties this year, though). So this month, we’ve been starting to introduce play-dates. I invite children to our home and play with both of them. After a while, I hold back and let them play together. What I see, is a boy who interacts very good when it comes to verbal communication, but who has to learn how to play. At this point, he’s simply lacking experience and skills like more advanced role play. He still has little imagination. But the children enjoy each others company and there are enough things Pelle can do like making a puzzle together or a little competition on the bike (Who will arrive first at the finish?) And as he has learned SO much these last years, I’m confident he will grow in this aspect, too. He sure likes children. He loves it when Mark and I read stories about toddlers and he likes watching programs for toddlers on TV. So mentally he’s still a bit young, for liking this when almost 7, but he laughs, while watching, and what a great marker that is for empathy.


So is he still autistic? By now, that word has lost most of its meaning to me. Sure my boy is not average, if there ever is such a child. He flaps with his hands, talks a lot, makes strange noises, talks a lot, wants to go to the church over and over again to see the doors and interior, wants to go to the mill over and over again, wants to go by the bus and the train every day if only this was possible,
talks A LOT ; - ) and wants our attention every minute of the day. (Hence our goal of playing alone, which is very hard for him but his efforts are also heartwarming). He’s unique and I love him SO MUCH. And I’m SO VERY VERY HAPPY he came into our live, I can hardly express it. So we go on, the both of us. Blossoming away.
Gepost door Ria op 22:53 3 opmerkingen:

Every year, in the late days of spring, children all over the participate in an event called de avondvierdaagse, where they walk 5 or 10 kilometer each day (depending on their age), during 4 evenings. Last week was already the second time our boy walked, together with his class and alongside mum or dad.

The last night, he got 2 bunches of flowers, a medal from gran and an official one from the organization. To top it off, I bought him an ice-cream. 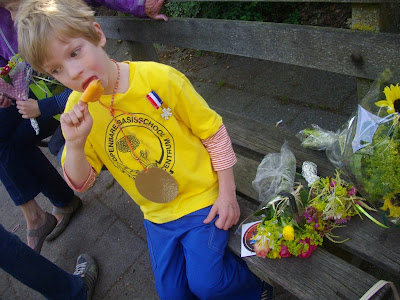 I’m proud of him, doing so well and enjoying it all.
Gepost door Ria op 20:11 1 opmerking:

It's Pelle, the sailor man. 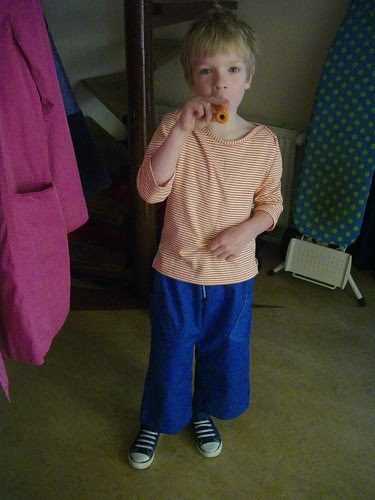 I took this picture before he went to school, this morning. The days are finally getting a bit warmer over here.
You can see that the neck of the T is a bit wide and the pants are a bit baggy, but I like the combo and it's not like he swims in it. 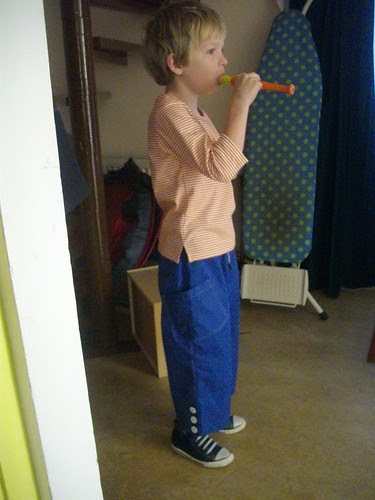 Trying how much noise you can make with a flute. 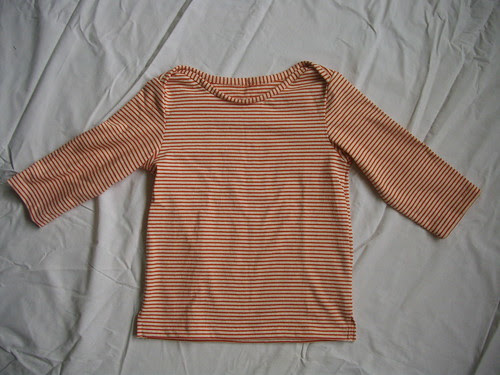 I love orange and stripes, so I bought this fabric online. It's very unusual, though, because it's not a regular knit but far more sturdy and not that strechy. So not quite ideal for the model, with that neckline which has to be tight. I'm still pleased with the result, though. The shape is the best I could get. 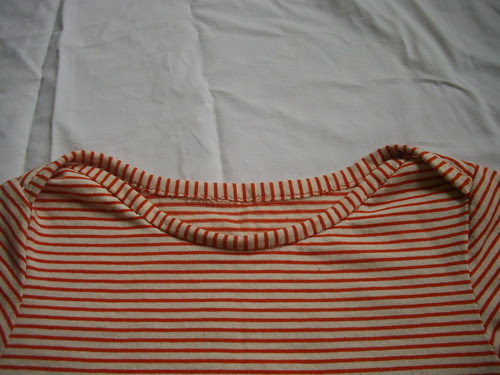 All in all I love the way he looks. Next step is to get him to eat spinach.
Gepost door Ria op 09:27 2 opmerkingen: 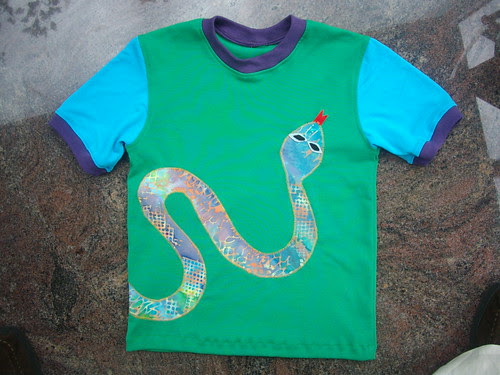 snake T, front., a photo by oddwise on Flickr.

Inspired by a card game my son likes to play, I made him a T with a snake, using a quilting fabric from my mom. 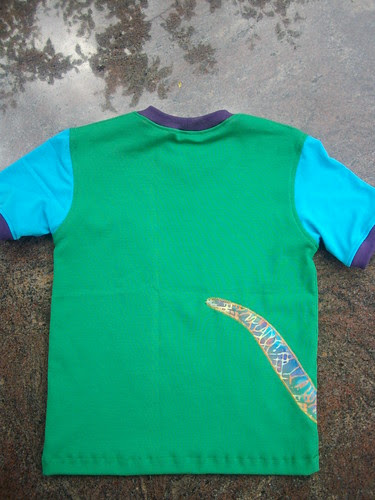 snake T, back., a photo by oddwise on Flickr. 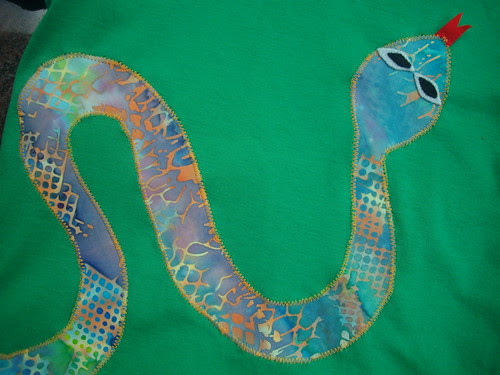 
The snake close by. The tongue is from felt. I hope that won't shrink in the laundry. Eyes are from felt, too. I did not use a pattern for the snake, just draw it free-hand and used Vlies-o-fix, a stabilizer with glue on both sides.
Gepost door Ria op 14:06 Geen opmerkingen: