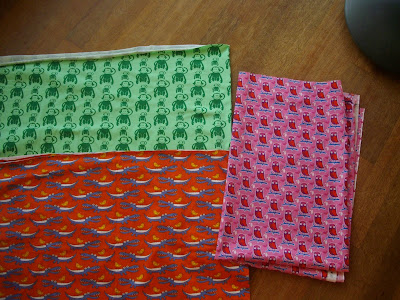 Every now and then I indulge in buying some expensive fabric. Because it gives me so much pleasure to sew with and because I can compensate by also buying second-hand clothes, inexpensive fabric and by recycling.
So there I was, ordering on the internet in this huge German store. When I looked carefully at the receipt a day later I saw I made a mistake. In stead of brown owls I accidentally ordered pink ones. The fabric was already on it’s way. 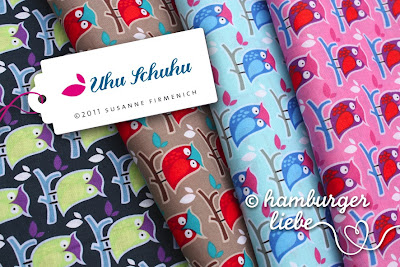 When it arrived, I told Pelle I had other intentions, color wise. But he said it was no problem at all. “I like pink, mum”. And that’s true. Here’s a boy who has no awareness of social conventions and easily wears a button with Cinderella and Snow-white on them just because he likes it. I don’t think he even knows the meaning of words like ‘childish’, 'girly' and 'boring' which establish your position when you’re 6 years old. I think that’s the pearl of being mildly autistic. He does things his own way and his authenticity shines through it. I have always seen that. His soul is very visible. So to celebrate that, I am going to sew him a nice shirt. Pink owls. But he has to wait though, because first, I want to wrap him with up in warmth. A sweater and a pant to suit the weather. In the meantime, I can hardly wait to delve into those 2 knits, too.
Gepost door Ria op 11:32